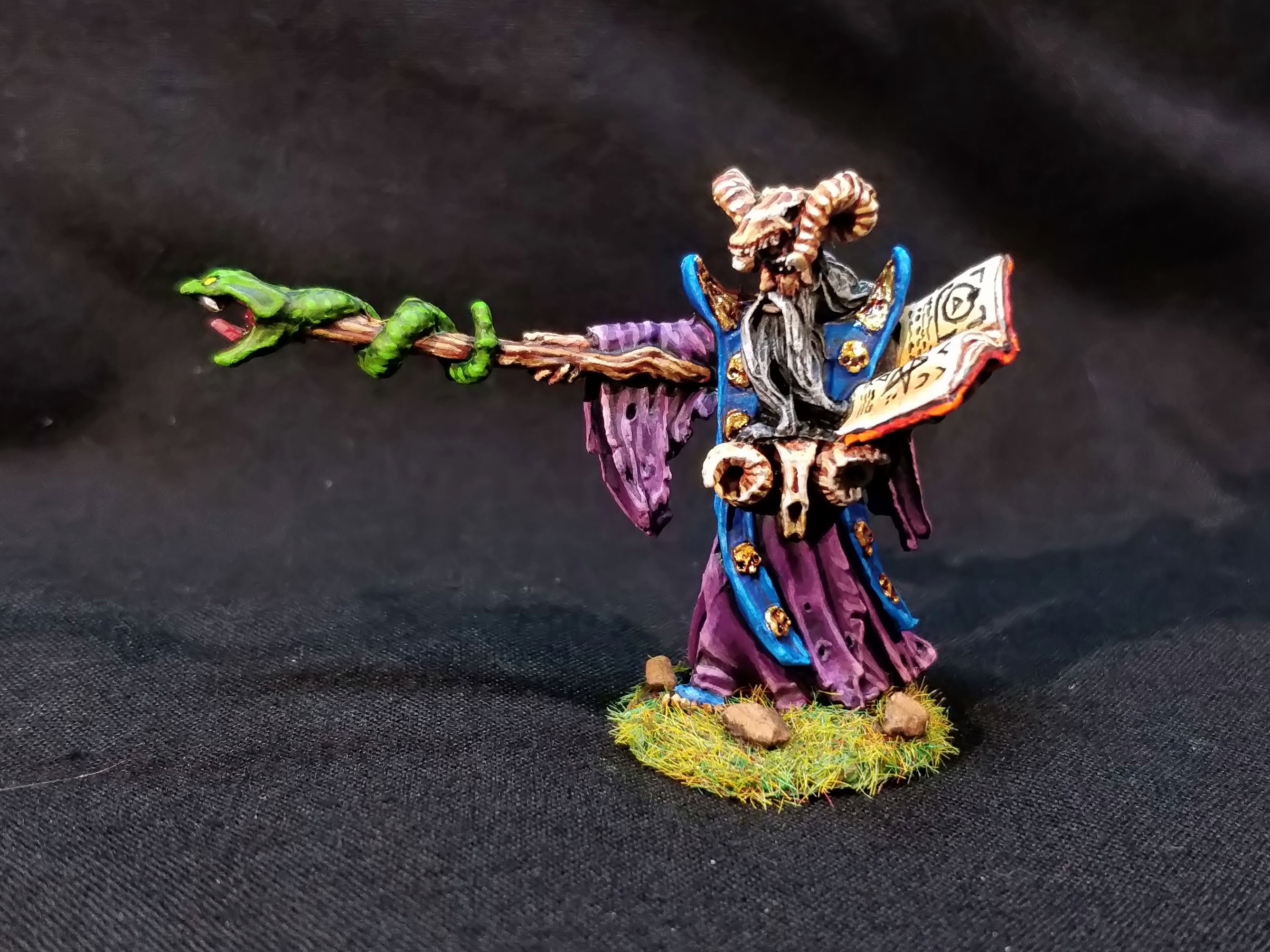 A friend of mine asked me to paint a model for him, which was his D&D character; a Warlock. I'm not into commission work but I'm more than happy to do a one off for a friend

The model is from the Reaper Bones line, so that means poor quality, soft plastic. It wasn't the worst Reaper model I've painted, but the lack of fine detail in places and annoyingly placed mould lines make the job harder than it should have been.

I did like the pose/sculpt which is definitely a fun nod to Tim the Enchanter from Monty Python. Not much to say about the paint job really, the bones/horns are scruffier than I would have liked but lack of fine detail on the model held me back. There was a nice big open book, so I did put the effort in to make it look suitably spellbooky and mystical, filled with runes and pentagrams