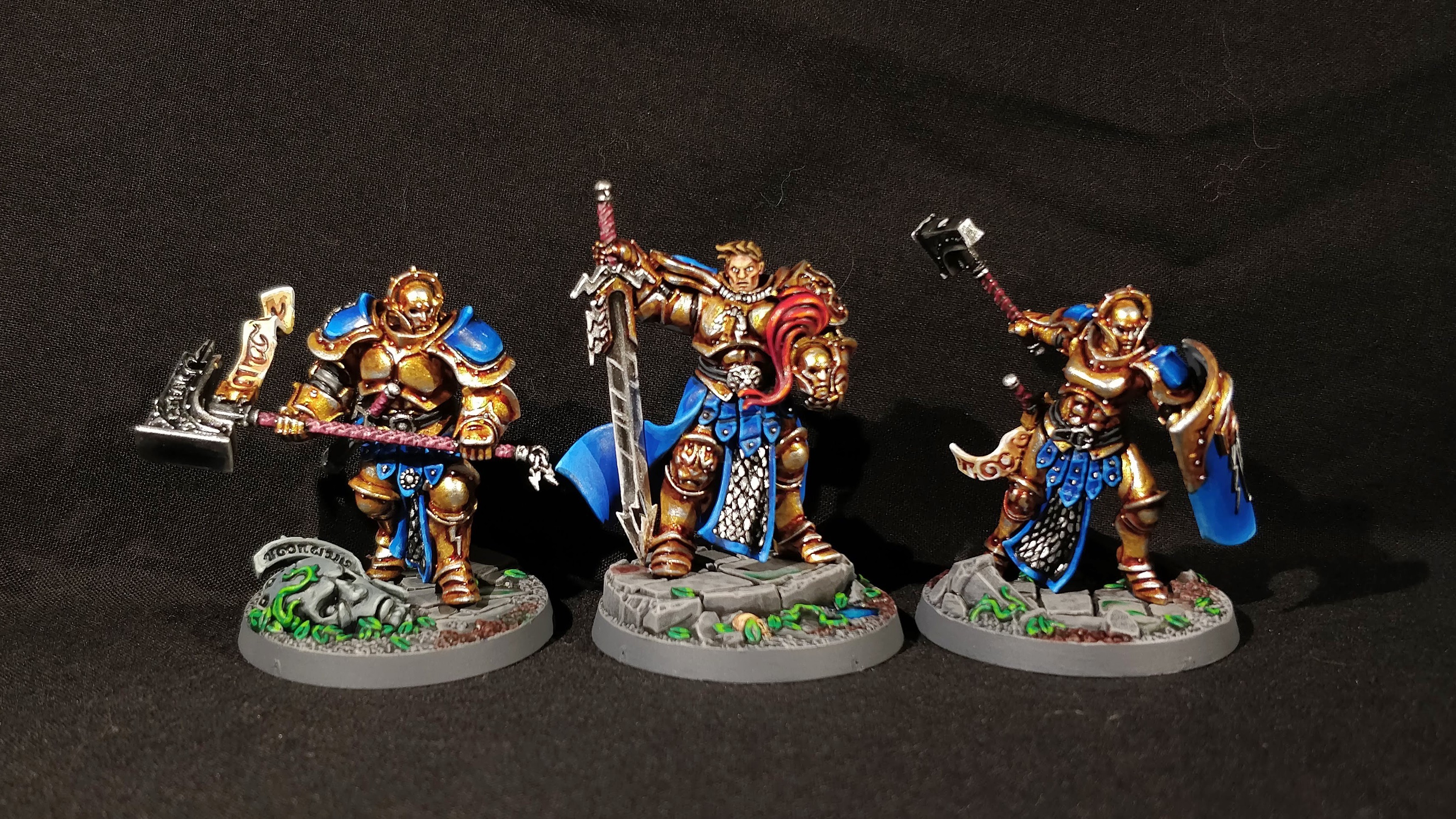 The second of the two warbands in the Shadespire core box, these are Steelheart’s Champions a group of “Stormcast Eternals”. If you don't follow the fluff of Warhammer: Age of Sigmar (and I don't blame you, as quite frankly it's bollocks) these are giant, immortal, heavily armoured super warriors that are fiercely loyal to their demi-god leader that created them. Sound familiar? Yeah, they are basically Space Marines, they even look like Space Marines for crying out loud.

Ok rant over, I went for the trad colour scheme for Stormcast guys which is a lot of gold, I mean a hell of a lot of gold, with a dash of blue. For models that are basically two colours they still took a while, there was a lot of edging on the armour and fine details to pick out. Well the end result looks pretty good, but I wouldn't want to paint an army of these guys.

All that remains to actually play a game of Shadespire, hope it's good after all this!