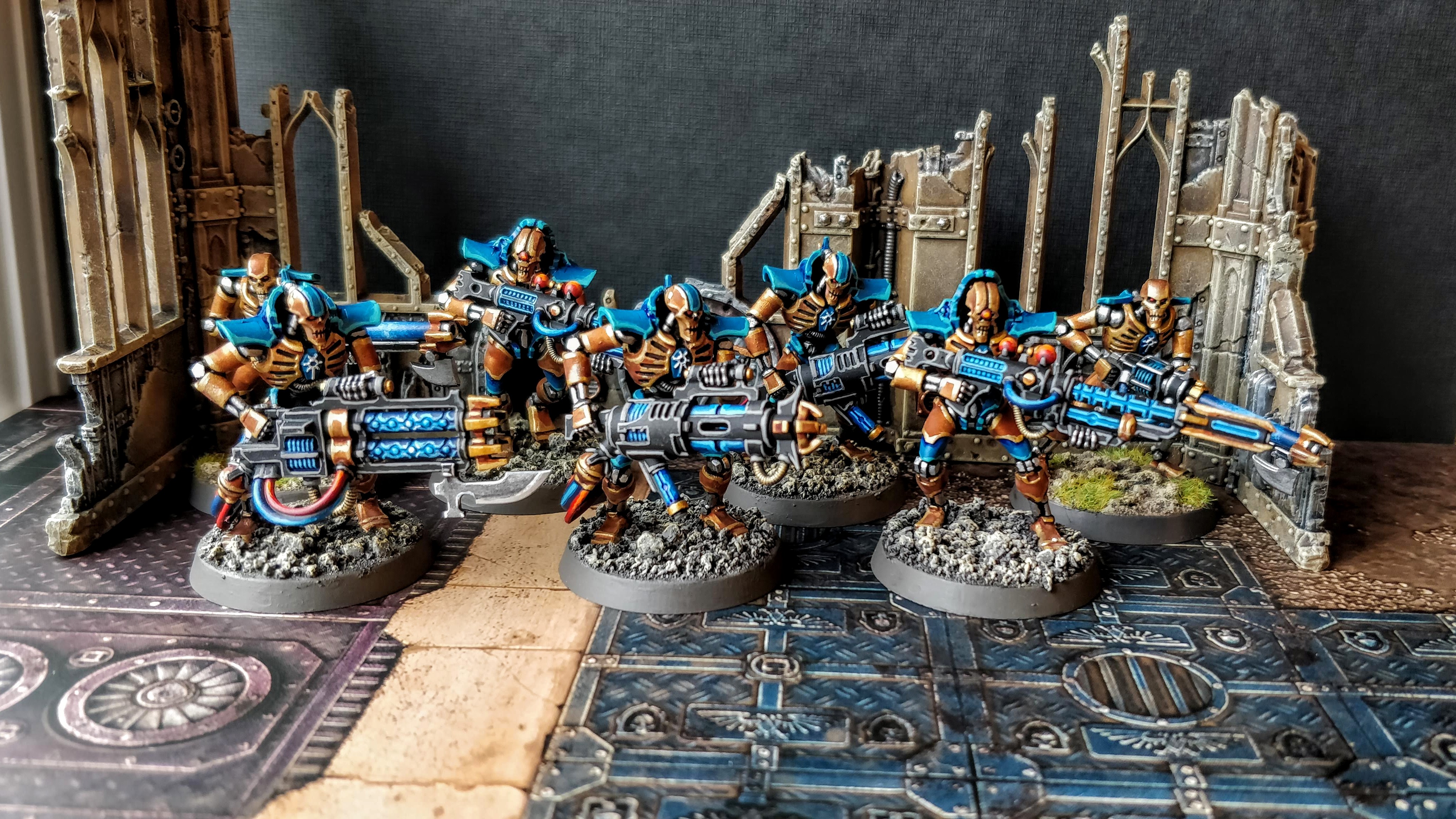 I was slowly (very slowly) making progress with my Necrons for Warhammer 40K and had painted up some Necron Wraiths (to be featured in a future post), when Games Workshop announced a new edition of Warhammer 40K: Kill Team. Kill Team is a skirmish variant of its big brother 40K, where small groups of 5~10 models fight on a much smaller board. The game is often played in a campaign with your models having individual names, & skills and level up over time.

This was all perfect for me, as I loved similar games like Necromunda back in the day and a game that was about fielding a small number of models fitted right in with my painting pace. The added bonus is the game is apparently really good, and is being supported long term with loads of extras, new terrain/scenery, add on boxes, blah-blah.

So here we are. I painted up a sprue of 5 Necron Immortals and Deathmarks which I got in the “Start Collecting Necrons” box (weirdly both models co-exist on the same sprues), chucked in two of my already painted Necron Warriors and bingo I have enough to start playing. At this point I don't really know unit type balance is best, so it's a bit of a random mix. I carried on the same blue-gold colour scheme I used on the warriors, the Immortals/Deathmarks have some more armoured areas which which take to the blue a lot better. The only addition to the colour pallette was red for anything that was orb or sphere like (backs of the Deathmarks + their eye, the tops of the rifles etc)
If you're interested in the paints/colours I used, there is a photo here

I'm more than happy with the resulting look. I might add some Necron Flayed Ones at some point but otherwise these guys are ready to get out there and start destroying all life in the galaxy