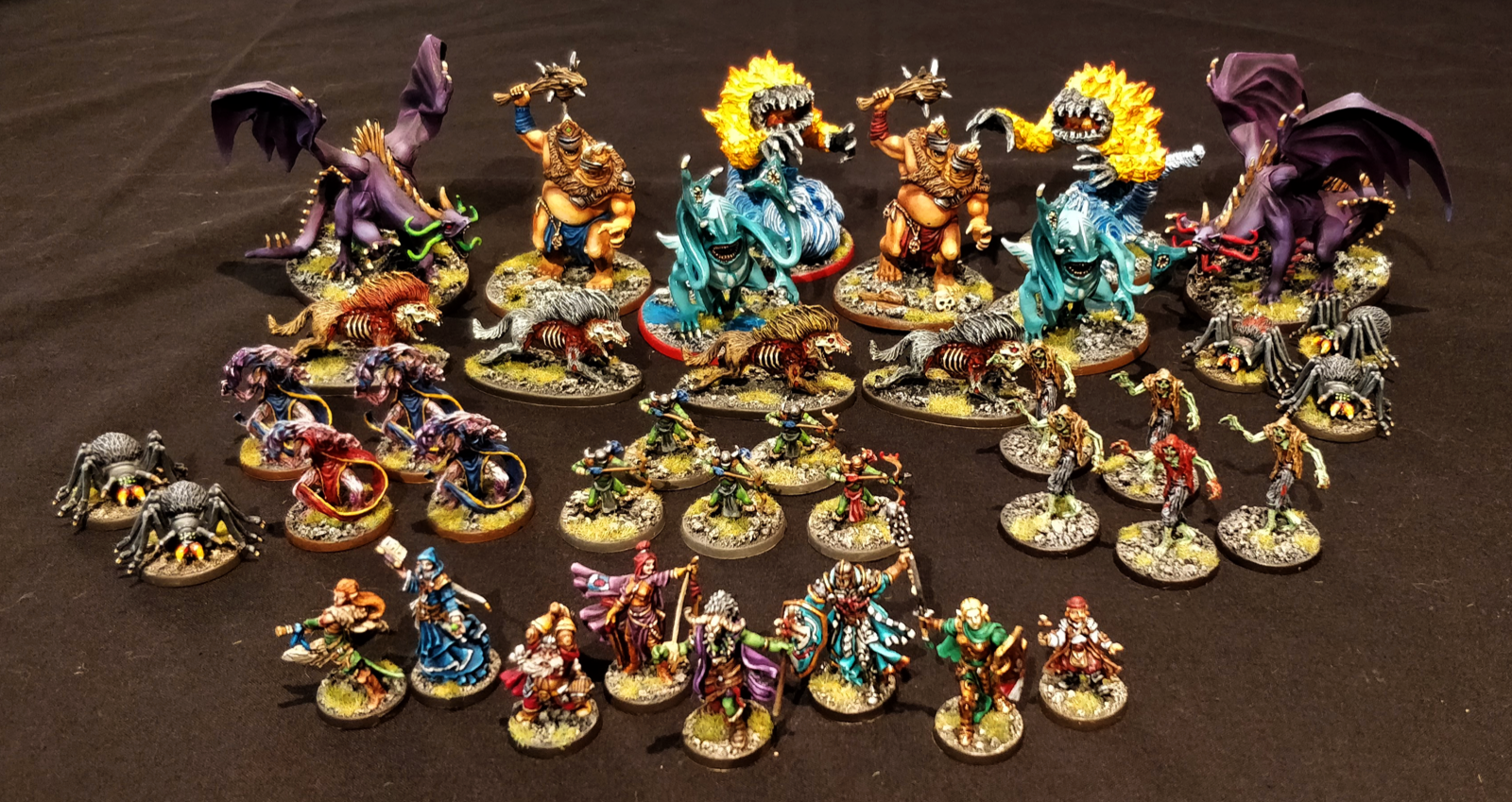 It's only taken FIVE YEARS (almost to the day) but I've finished painting all the minis from Decent 2nd Edition. OK so there was about a 4½ year gap between when I did the bulk of the models and when I finished off the remaining few this week. The reasons are too boring to go into, but I set on finishing the last four hero models in an act of completism, triggered by the idea of playing with the Descent: Road To Legend app

Most of these models were speed painted, doing a minimal job to get them to the table. The quality of the results varied from model to model but overall they look ok. The exception being IMO, the heroes, these are truly awful models. Horrific, messy sculpts where the cheap plastic used by Fantasy Flight turned these noble fighters into twisted ugly mutants, without discernable faces or hands, anyhow I did the best with them.

Now maybe I'll try to get another game in, before they announce 3rd edition in a year or two!